Yahoo is emerging from its hacking scandals with a mysteriously named counterpart.

Digital Marketing All Yahoo is emerging from its hacking scandals with a mysteriously named counterpart.

Yahoo’s splitting into 2 companiesBack in July, Verizon agreed to buy Yahoo for $4.8B, and despite Yahoo’s multiple hacks in the following months almost derailing the deal, both parties are officially moving forward.
How do we know this? Because we bugged their phone lines and made an intern set up camp in the ceiling rafters. Just kidding… a filing with the SEC released yesterday pretty much laid out the whole transaction.

So, here’s the deal…

Verizon is essentially splitting Yahoo into 2 companies.
It will buy the Yahoo we all know and don’t really love (aka. its search engine, blogs, and homepage) and the remaining portion, which is basically a pile of stock (15% stake in Alibaba, 35.5% stake in Yahoo Japan) will be turned into a holding company.

And, apparently they’re naming this company Altaba… because why wouldn’t you want to sound like a bizarre celebrity religion, right?!

As for the fate of CEO Marissa Mayer… 5 of Yahoo’s board members will remain at Altaba, but the rest of them, including Mayer, will step down.
However, that doesn’t mean she’s out of the picture. In fact, there’s a good chance she’ll head to Verizon to help with the transition (and maybe stay long-term).
​
So yeah, don’t get fooled by the clickbaity “Yahoo’s changing its name to Altaba!” and “5 Reasons Why Marissa Mayer Got Fired” crap you might see today. That’s not what’s happening.

They Said What? Tips to Reach People with Controversial Content.

What Is Search Engine Optimization and Why Should You Be Doing It? 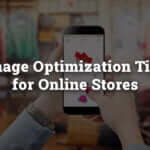 What Is Google My Business and Why You Should Be Paying Attention to This Now?

We use cookies from third party services for marketing activities to offer you a better experience.Accept and close